Sozopol is a town in Southeastern Bulgaria on the Black Sea. 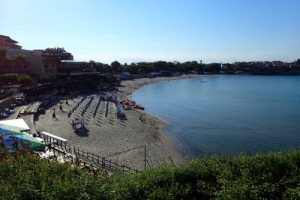 It is situated on several small peninsulas in the southern part of the Bourgas bay. With a population of just over 4000 people it is located in Bourgas District and is the administrative center of Sozopol Municipality.

It is the successor of the Greek colony Apollonia and together with Nessebar is one of the oldest Bulgarian cities. From antiquity until the 17th century Sozopol is a thriving shopping center. It is known as a fishing and wine center and occupies an important place in the trade with grain from Thrace. Since late antiquity, the city has evolved as an important church center with multiple medieval monasteries.

With its cultural and historical past, with its preserved 18th-19th century architecture, its beaches and the annual Apollonia Arts Sozopol attract many tourists today. 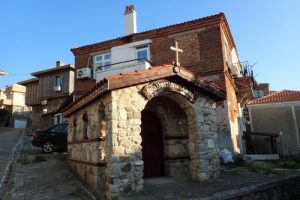 The city is divided into Old and New Town, among which is the Sea Garden. The island of St. Ivan and the small island of St. Peter is situated in the waters of the Sozopol bay. In the immediate vicinity of the town are several campsites: Garden, Golden Fish, Kavaci, Veselie and Smokinia.

The coastline is remarkable with great dismemberment and the larger beaches within the city are the Central or North Beach and the Harmanite. About a third of the beach is occupied by sand dunes. The peninsula between the bays has hardly accessible noses and many underwater and overlying rocks Sozopol is the oldest town on the Bulgarian Black Sea coast. 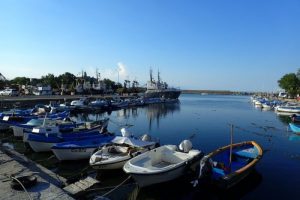 The earliest settlement in the area, originated at the end of the 5th century BC. The first name of the city given to it by the Greek colonists at its creation was Antena, in 620 BC. It was later changed in Apollonia, in honor of the ancient Greek god Apollo, patron of the emigrants, also honored as a healer.

Late Antiquity Apolonia is known as Sozopolis – city ​​of salvation, salvation or healing. The commercial influence of Apollonia in Thrace is based on an alliance with the rulers of the Odrysian kingdom, concluded in the 5th century BC. Polis maintains active links with the major centers of Greece – Miletus, Athens, Corinth, Herakleia Pontius, Rhodes, Chios, Lesbos, Egypt and others. Since the end of the 6th century BC, Apolonia began to chop its own coins. 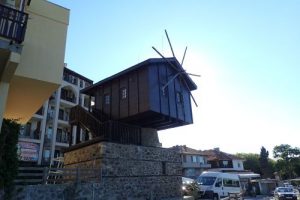 The importance of active sea trade and shipping also makes acceptance of the anchor as a emblem of polis, chopped on coins as well.
Apolonia managed to maintain its independence during the military campaigns of Philip II of Macedonia (342-339 BC) and Alexander of Macedon (335 BC). The rich city becomes a center of highly developed art. There was a great Temple of Apollo in the city. Its exact location is not known, probably on the island of St. Kirik, but there was a 12-meter statue of Apollo, made by the Athenian sculptor Kalamid.

In the 72 BC, Roman Procurator Marcus Lucullus conquered the city and carried with it the statue of Apollo from the sanctuary and placed it on the Capitol Hill in Rome. Among the division of the Roman Empire in 395, the region of present-day Sozopol enters the boundaries of the Eastern Roman Empire. During the time of the Emperor Anastasius (491-518), fortresses were built around the city, used in the following centuries, and in many places they were rebuilt and built. The city is located on the Via Pontica seaside. 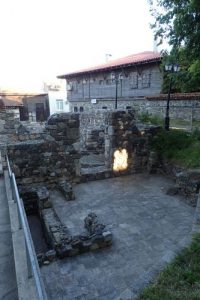 In 812, under the rule of the Bulgarian Khan Krum, Sozopol enters Bulgaria, but like other Black Sea towns, it often returns to Byzantine possession, and it was last conquered by Todor Svetoslav. The monasteries (St. John Prodrom, St. Kirik and Julita and St. Anastasia on the islands of the same name) are of great significance for its recognition as one of the most important Christian centers on the Western Black Sea coast, St. Nicholas “In today’s town of Chernomorets and the monasteries in the town -” St. John “,” St. Apostles “and” The Holy Mother “).

In 1366, during the campaign of Count Amadeus VI of Savoy to the Bulgarian Black Sea coast (1366-1367), the city was captured and sold to Byzantium. In 1453, after a long siege and despite the help of Venetian and Genoese ships, the city fell into the Ottoman Turks. All the churches and many houses of wood and stone are preserved, creating the architectural appearance of today’s Sozopol. Ancient icons and wooden iconostases represent the best achievements of the artistic crafts of that time. 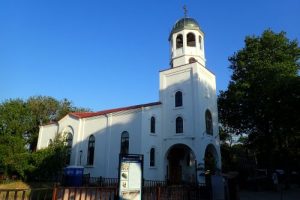 In 1974 the old town was turned into the Architectural and Archaeological Reserve of Ancient Sozopol.
The beginning of the archaeological excavations in the area of ​​today’s Sozopol is considered to be the year 1904, when a French team led by the French consul in Plovdiv Degrad headed to Sozopol, where the ancient city of Apolonia Pontica was supposed to be. Archaeological artifacts discovered by French archaeologists were handed over to the Louvre Fund in Paris. Among them are painted antique vases of the Rhodo-Ionian type from 17th-19th centuries BC, a gilded wreath of a Thracian ruler, a fine limestone bust of a Apolloian woman from the 3rd century BC. 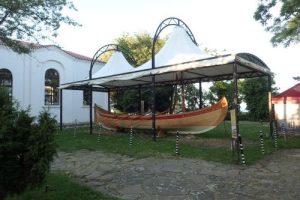 Since 2010, large archaeological excavations have taken place in the old part of the city, leading to the opening and restoration of the eastern and southern fortress walls, the south fortress gate, the Medieval customs point, ceramic and metallurgical kilns, foundries. A one-apse church, a basilica and an ancient Christian necropolis are revealed at the southern fortress wall. From 2012, the excavations are carried out jointly with French specialists.